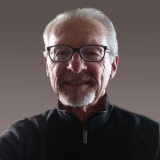 For the past 40 years I have been involved in various areas of Sales and Marketing for a variety of channels, including distribution and OEM direct sales. For the entirety of this time I was focusing on sales or marketing of electronic components.

In the arena of sales, I was responsible for small and large OEM customers such as Northrop Drummond, Motorola, Game Plan, Bally Gaming and other similar companies. I also have been responsible for managing sales for multiple area sales offices in the Midwest and Bay Areas and held the Regional Vice President role.

After my employment with Broadcom I’ve become part of the MediaWorks team developing and executing global marketing campaigns for the Optocoupler division of Broadcom and providing consulting for other electronic OEM suppliers.

You can find out more about which cookies we are using or switch them off in settings.

Strictly Necessary Cookie should be enabled at all times so that we can save your preferences for cookie settings.

If you disable this cookie, we will not be able to save your preferences. This means that every time you visit this website you will need to enable or disable cookies again.